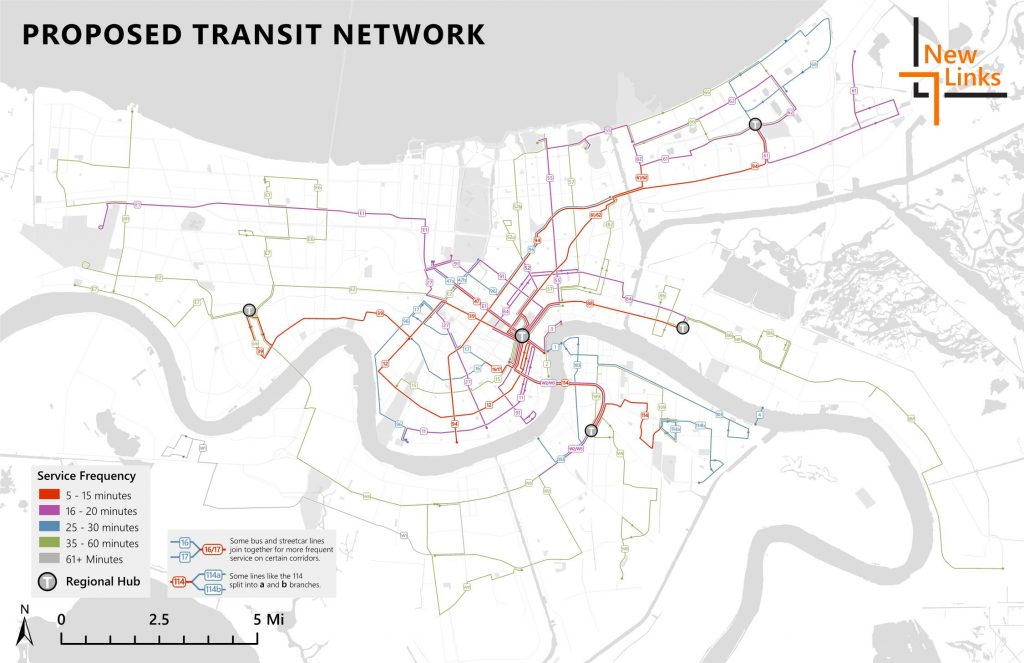 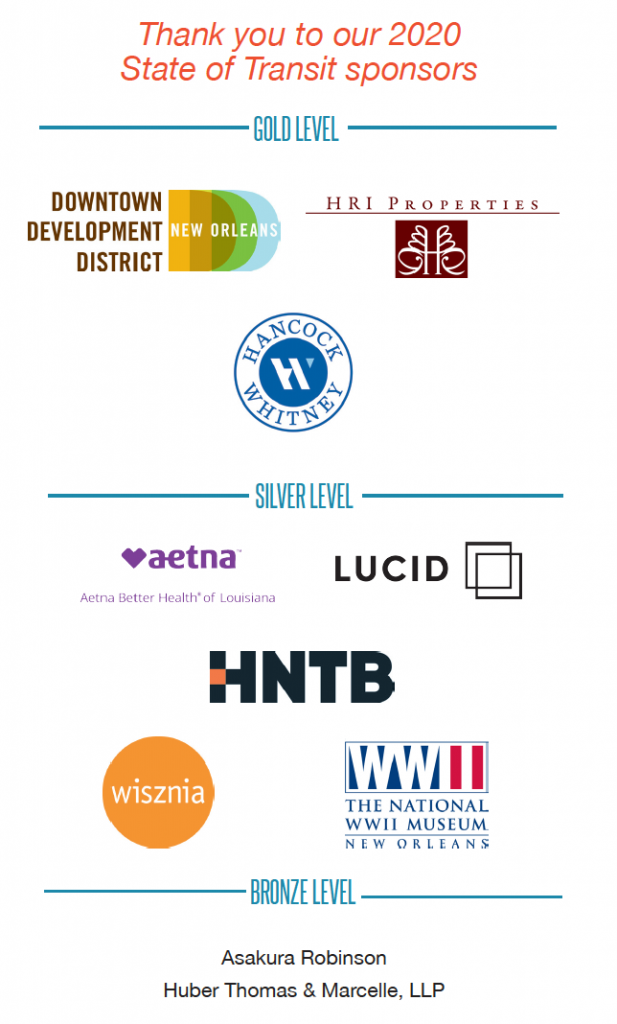 Read the 2020 State of Transit in New Orleans report here.

Big disparities continue to exist in New Orleans transit in 2020.

On top of all of this, comes the COVID-19 emergency, which has temporarily hollowed out sales tax collection – the main source of funding for the region’s biggest transit provider – the New Orleans Regional Transit Authority (RTA). Only emergency federal funding from the CARES Act and a reduction in service to Saturday-level service has kept the RTA from layoffs and much larger cuts. But that emergency money could be running out soon and the COVID-19 emergency continues to linger.

Despite all of this, Ride New Orleans is cautiously optimistic about the future of New Orleans transit. The biggest reason? After almost two years of community outreach, the New Links regional transit network redesign process released a proposal for a redesigned network in October 2020.

The New Links proposal would offer riders a redesigned network where buses would come more often, more reliably and get riders to more destinations in less time.

New Links can be a game changer for New Orleans region transit riders – especially as the regional economy starts to recover from the effect of the COVID-19 emergency. But for that to happen, regional decision makers must decide to start implementation. The story for next year’s State of Transit report will hinge on whether transit leaders have the courage and wisdom in the coming months to approve and begin implementation of New Links, taking the necessary steps to finally move beyond a status quo that is unworthy of riders and the region.