On April 15, 2014, Ride New Orleans and partners hosted a day of grassroots action and released our report “Smart Transit for a Strong Economy:  Why New Orleans Should Invest in its CBD Transit Hub“. 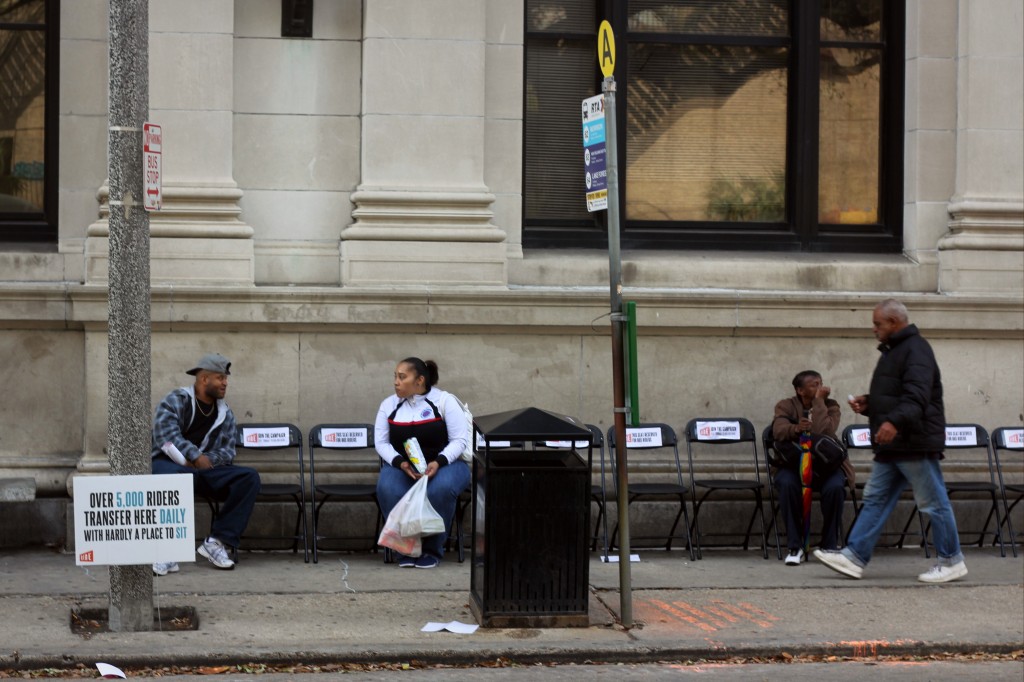 Our goal was to call attention to the need for investment to support transit riders at the heart of our regional transit system.  The CBD Transit Hub is where 20 transit lines converge that exists as a series of decentralized bus stops. There is no wayfinding signage to guide riders to their connecting bus or streetcar making navigation difficult. There are no dedicated kiosks or vending machines to purchase a fare card before boarding a bus or streetcar.  There are no system maps or schedules posted, leaving riders with no on-site options to learn about the transit system or plan their trip. And as of April 2014, there were very few seats for the 5,000+ riders that catch their bus there on a daily basis. 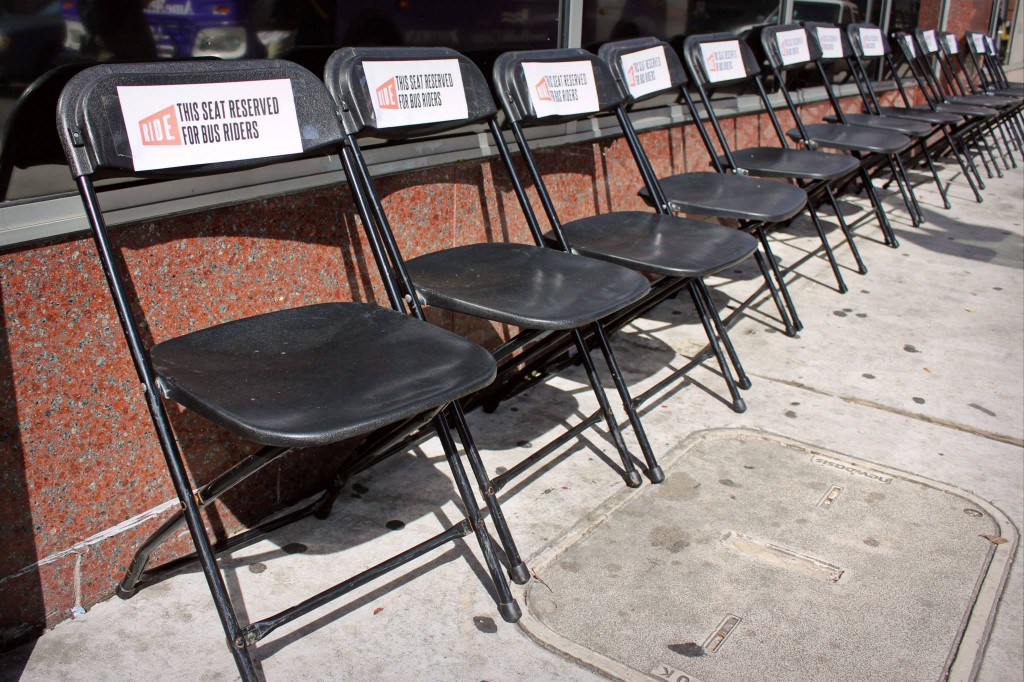 We called for short-term investments to improve seating, shade and wayfinding and long-term investment so that our transit hub can be re-imagined as a gateway into the surrounding community through which many citizens and visitors pass. 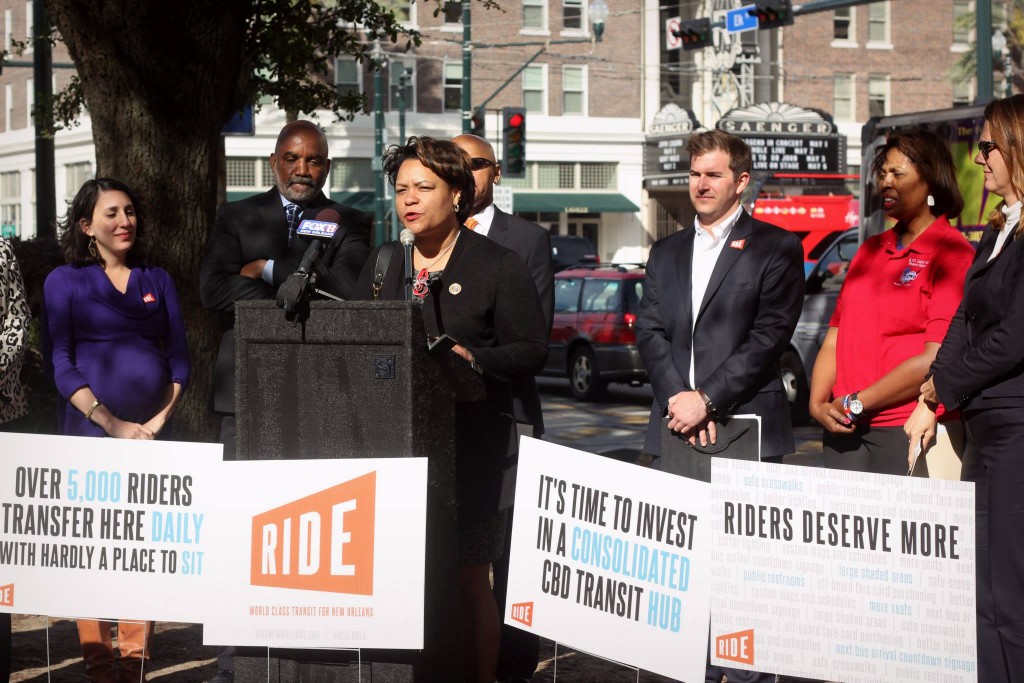 At our action, City Council leaders committed their support and officials with TransDev, the company that manages the RTA’s operations, committed to immediate investment in seating.  Shortly after the day of action, the RTA Board of Commissioners appropriated funding to lead a planning study for locating a permanent, centralized downtown transit center.

So where do things stand one year later?

We’re excited to report that the RTA has made progress on both fronts, though continued work is needed. 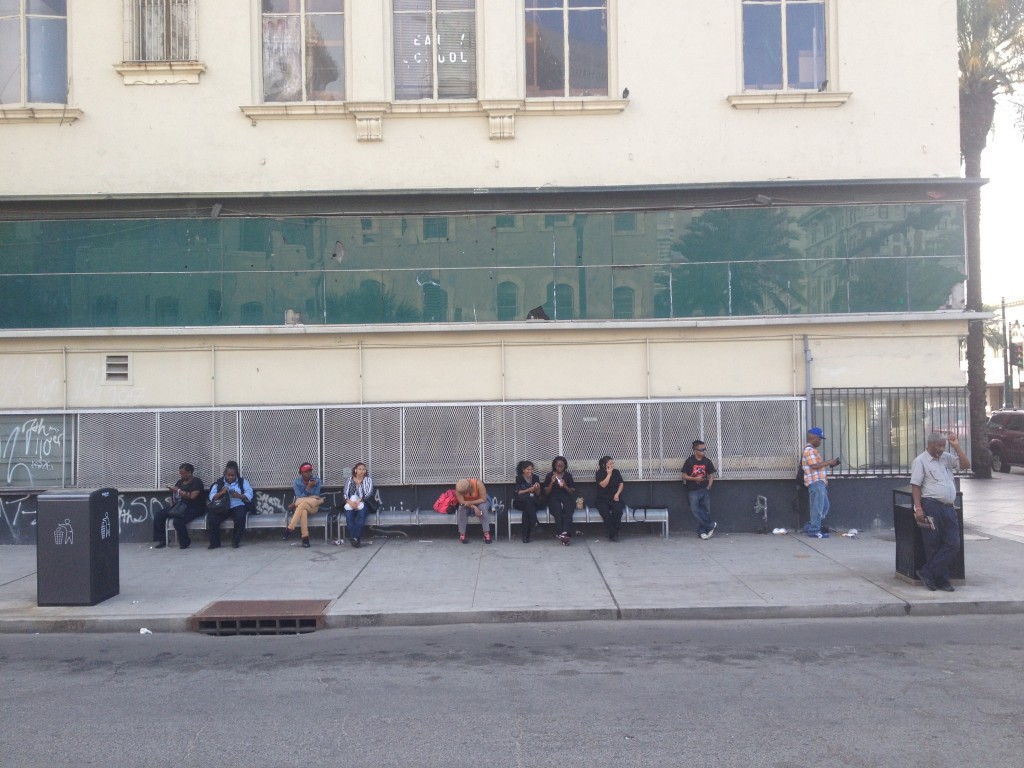 New benches have been installed along Elk Place and S. Rampart giving waiting transit riders a much needed seat.  In addition, the sidewalk was expanded on S. Rampart St. in front of a busy bus stop.  We commend the RTA for making these improvements and encourage them to continue upgrading the bus stops that comprise the CBD Transit Hub to include system maps, wayfinding signage, and covered areas for waiting passengers.

Earlier this year, the RTA issued a contract to Parsons Brinckerhoff, a transportation consulting firm, to analyze potential transit center locations and recommend a downtown location for a transit center serving downtown New Orleans bus routes and streetcar lines.  Through the study, the RTA will plan for a downtown transit center that will enable safe, comfortable and convenient connections between buses, in addition to identifying opportunities for joint development and community revitalization.

The study will kick off in the coming months and we’ll be sure to keep you up to date on opportunities to get involved.