Planning your transit commute – whether you’re in Orleans or Jefferson Parish – is now just as easy as pulling up Google maps and entering  where you’re traveling from and to.  Check it out! 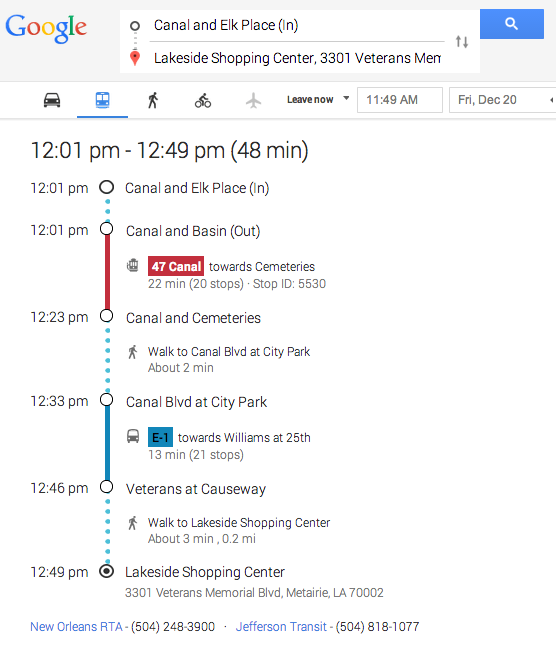 Ride has long urged and supported our regional transit providers to openly share their data with third parties – like Google.  And now we’re reaping the benefits!  JET bus riders formerly had no choice but to use complicated paper and PDF timetables and route maps to plan their trips.  Now, no matter where you’re traveling in the region, trips on both JET and RTA buses and streetcars are easy to plan!

We commend Jefferson Transit for taking this important step forward.  We also encourage JET to share their data with all interested software developers so the cool techies behind innovative apps like NOLA Transit, Transit Hub and Transit App can also get in on the JET and regional trip planning action.