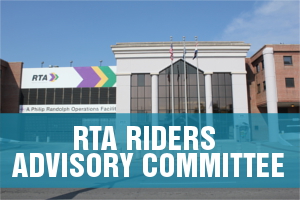 Together, we did it!

Since 2013, we’ve worked side by side with a diverse coalition of transit riders and supporters to create opportunities for community transportation priorities to shape and guide decision-making at the New Orleans Regional Transit Authority (RTA).  We’ve long believed that transit riders experiences, ideas and needs should be central to the way we invest in our public transportation system.

We’re proud to report that on June 23rd, the RTA Board of Commissioners appointed 22 transit riders and community leaders to sit on a new ‘Riders’ Advisory Committee‘, giving riders a permanent voice within and direct access to decision-makers on the Board.

This victory has been a long time coming!  RIDE’s involvement in establishing this committee began back in February of 2013, when the Foundation for Louisiana, Greater New Orleans Foundation and JP Morgan Chase Community Giving hosted an Equity Caucus bringing community members and non-profit groups together to discuss issues of inequality in transportation and other aspects of New Orleans life.

Out of this Equity Caucus, RIDE came together with neighborhood leaders and community advocates and identified reforming the RTA’s public engagement process as a top priority. Members of the group brought forth their proposal for a standing riders’ advisory committee to the RTA Board Chair and Veolia Transportation (now TransDev), the private contractor who serves as the RTA’s staff. The RTA Board unanimously adopted this policy in January 2014 and began accepting applications shortly after.  Though it took some time to finally get the committee appointed, the Board’s action this week kicks-off the implementation of this powerful public engagement reform.  RIDE has contributed every step of the way by supporting community members in recognizing this as a need, assisting in the development of the policy, recruiting rider applications, and supporting riders to push for this innovative engagement policy to be implemented.

The full list of appointees include many community members that have worked with RIDE as that small working group has evolved into The Coalition for Quality Transit*. We’re overjoyed that the experiences, ideas and expertise of everyday transit riders will help guide the way to a more equitable transit system for New Orleans!

Thank you, thank you to the many riders, grassroots activists, community leaders who came together to advocate for the Riders Advisory Committee! And thank you to the RTA Board for believing in community knowledge and moving to make this committee a reality!

*If you’d like to join the Coalition for Quality Transit or just share your experiences and/or vision for public transportation contact Matthew Hendrickson, RIDE’s Advocacy Program Coordinator, at matt@rideneworleans.org or 504-249-8419.