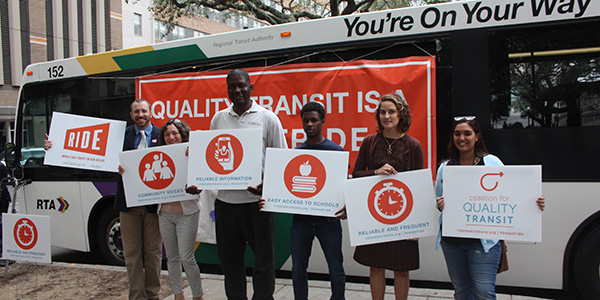 Ride New Orleans’ Board President Fred Neal Jr. has been appointed by Mayor LaToya Cantrell to be one of eight members of the New Orleans Regional Transit Authority (RTA) board of commissioners! He will be officially sworn in at today’s RTA board meeting.

The RTA board is the ultimate decider on how we manage and plan for our buses, streetcars, and ferries. So this is a huge step forward for riders and transit advocates! Fred takes the RTA regularly and really knows the everyday things that need to be improved AND the long-term change that has to happen. He will be a great advocate for transit riders throughout New Orleans.

We’ll have more to say on this later, but for now we wanted to give you a chance to hear directly from Fred. Please keep reading below for Fred’s letter to transit supporters in New Orleans!

For those that have not heard, in May, Mayor LaToya Cantrell recommended appointing me to fill an open seat on the New Orleans Regional Transit Authority (RTA) Board of Commissioners.  After much thought and consideration, I accepted this appointment which was ratified at the June 22, 2018 New Orleans City Council Meeting.  My swearing in and first RTA Board meeting will take place on Tuesday, June 26.

First, I would like to thank Mayor Cantrell and the New Orleans City Council for this appointment. I believe it is an amazing honor, privilege and responsibility to serve on any government/civic board.  Therefore, while I plan on remaining on the Ride New Orleans Board for the time being, in order to commit the time needed to my new responsibilities and duties as a RTA Commissioner I am stepping down as the Board President of RIDE.

On Tuesday I will have the opportunity to share more about my vision for what I hope we can accomplish with transit in New Orleans and the region.  However, today I just want to share a few words of appreciation to the RIDE community.

I’m one of a group of New Orleanians who almost a decade ago started talking about transit and asking is there anything we can do help make transit better.  I truly believe the organization that evolved from those conversations, RIDE, has had a significant and lasting impact on transit in New Orleans.  Without RIDE I doubt I would have the opportunity to serve on the RTA board.

Thanks to all of you for helping RIDE to get where we are today, and for pushing for world class and equitable public transportation that works for all residents across the New Orleans region! 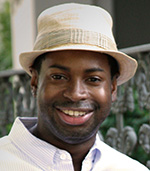