On December 13th, the city released the New Orleans Climate Action Plan. This 32-page document describes the city’s main sources of greenhouse gas (GHG) emissions and what can be done to avoid the worst effects of climate change. The document revises the 2017 plan created by the Landrieu administration and calls for action in multiple sectors including energy (51% of GHG emissions), waste (6%), and transportation (41%). Because RIDE’s work is directly related to the last category, we decided to give a critical look at the plan. While we agree that the stakes are incredibly high and that action is essential, we are concerned that the plan is misguided in some ways and delusional in others. We shared our views with the city during the drafting phase, but since our major concerns were not addressed, we are putting them on paper here.

Electric vehicles won’t save us

First, the plan places lots of its transportation eggs into the electric vehicle (EV) basket. Yes, rates of EV ownership have been trending upward in recent years, and the recent Inflation Reduction Act should give an additional boost. However, EVs SHOULD NOT be viewed as a panacea. They may be part of a solution, but only a small part of much larger structural shifts. Relying on EVs will keep us locked into a pattern of car-centric development that is inefficient, dangerous, and inequitable. Simply shifting to EVs will maintain the status quo of car supremacy and discourage other ways of living and moving around. 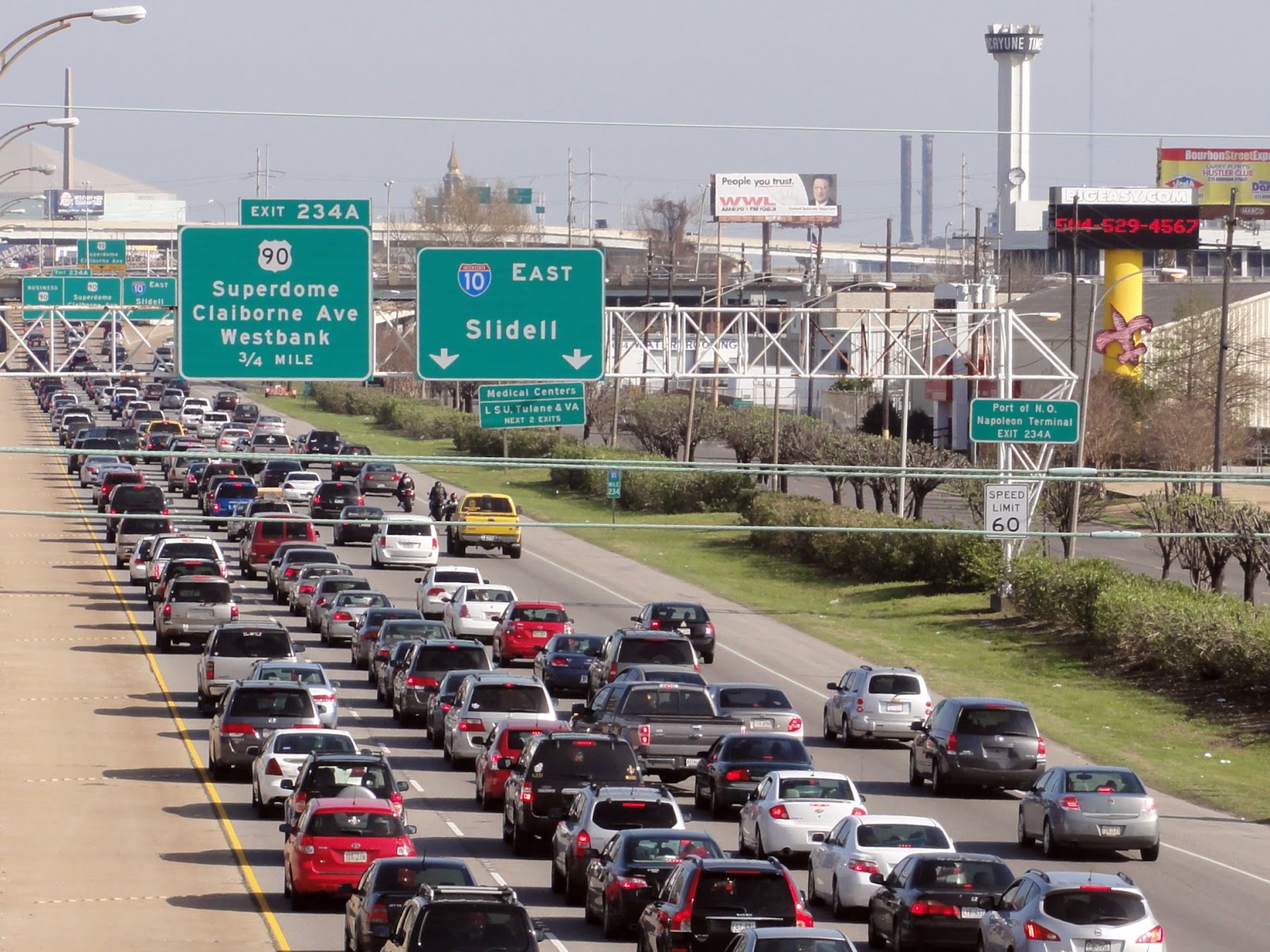 While electric vehicles are better for the environment than ones that run on gasoline or diesel, we must consider their overall impact, not just the emissions from each individual vehicle. For example, building EVs still requires huge amounts of materials and resources that are shipped around the world (via means that are not emission-free). Furthermore, the electricity to power them has to come from somewhere. If that energy comes from fossil fuels, is this actual progress or a case of robbing Peter to pay Paul? In a recent CBC article, an urban planning expert states “EVs are here to save the car industry, not the planet…”

Finally, we must also question the equity and adoption rate of EVs in New Orleans. The average price for an EV was $66k in 2022. Although new government tax credits might help make EVs slightly more affordable, in a city like New Orleans, where the median household income is $45.5k, it’s unlikely that we will see widespread adoption anytime soon.

To be clear, RIDE is not anti-EV. If you are planning to buy a vehicle and are in a position to choose between an electric one and one that burns fossil fuels, by all means, go electric. The same applies to the city and transit agencies as they replace their vehicles. However, we should not pat ourselves on the back or feel complacent about the impact this change will have.

A related issue with the plan is that the goals it sets seem delusional at best, and dishonest at worst. The plan boldly calls for increasing non-auto trips to 50% of all trips by 2030. As part of that, transit trips should increase to 20% of all trips by that same year. These both sound great and would certainly result in significant emissions reductions. But a simple look at recent trends suggests this will be much easier said than done. Currently the majority of trips taken in New Orleans are by car and that has been consistent over the past decade.

The plan cites trip data from Google Environmental Insights Explorer. Even if we take this data at face value (the walking proportion seems generous), reaching the planned goals would take a Herculean effort over the next 7 years.

Examining another data source also casts doubts based on New Orleans transportation patterns over the past decade. Data from the American Community Survey (ACS) since 2010 shows that the mode share of cars, walking, public transportation, and bicycles remains remarkably consistent. The only major shift to note is that in 2019-2021 commuting by car dipped (from 77.1% to 74.5%)—a change that is almost completely due to an increase of people working from home (from 5.7% to 9.9%). Basically, some car drivers started working from home during the pandemic.

Commuting via transit in New Orleans ranged between 5-7% over the last decade. We would love to see this proportion go much higher, but we see nothing in the current trajectory that suggests this is likely. Reaching 20% in less than a decade is wishful thinking at this point.

Basically, the intent here is correct–New Orleans definitely needs to shift from private automobiles to transit, walking, biking and other modes of active transportation. However, the lofty goals of the plan are not accompanied by serious measures to achieve them. Modal shift is not easy, and few American cities have been able to make a serious dent in their car driving rates. For a look at some cities that have, check out this video from City Nerd. As mentioned earlier, our cities are designed around cars so moving the needle would involve both rethinking the way we build as well as some serious measures to disincentivize car use. If policy makers are sincere about improving transportation, it will require a two-pronged approach with a combination of carrots (getting people to use cleaner forms of transportation like transit, walking and bicycling) and sticks (making driving cars more difficult and expensive). Measures to limit cars on the road such as adding congestion charges and increasing parking costs can be controversial and politically unpopular, but without bold action there is little reason to suspect that car drivers will magically abandon their vehicles.

Climate change is one of the most serious issues facing our world and New Orleans. Actually moving toward Net Zero must surely start with honesty about what the real problems are and hard conversations about how to fix them.

For questions or comments about this response, contact author Dustin Robertson, PhD.