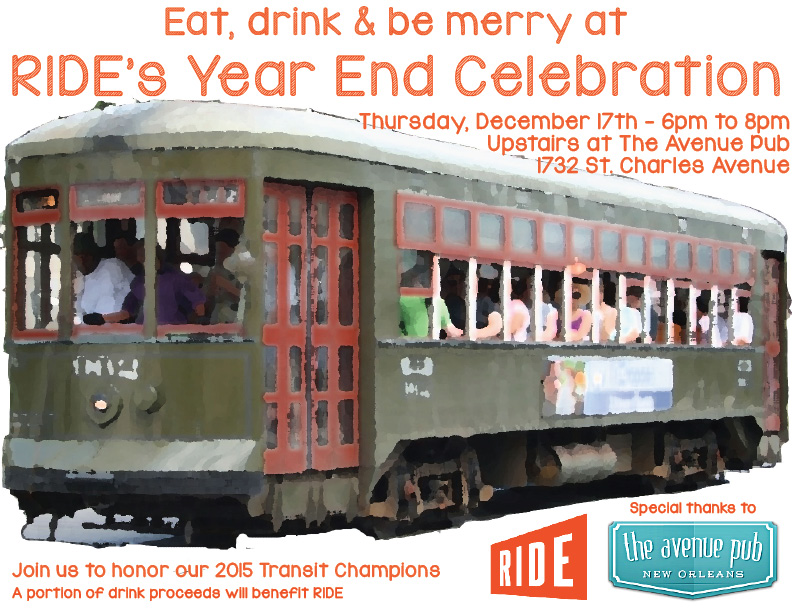 2015 was a big year for transit advocacy! Here are just a few highlights.

In January, more than 100 transit riders and community leaders turned out for Voices for Transportation Choices. Together with many dedicated transit riders and supporters, we created the Coalition for Quality Transit and have been quietly planning a big public launch event for early 2016. Stay tuned!

In June, our big push to empower riders in planning and decision-making paid off. Twenty-two transit riders were appointed to the first ever Riders’ Advisory Committee to the New Orleans Regional Transit Authority that has been meeting monthly ever since.

In August, we released our second annual State of Transit report and hosted a breakfast briefing with elected officials and community and business leaders. Shortly after, the RTA announced that they would commence a stakeholder-led strategic transit plan process – a direct result of our call for action.

In November, our Executive Director participated in a White House round table on transportation and economic opportunity, participating with national leaders on federal strategies to support economic mobility.

So let’s raise our glasses to an incredible 2015 and toast to an even brighter new year!