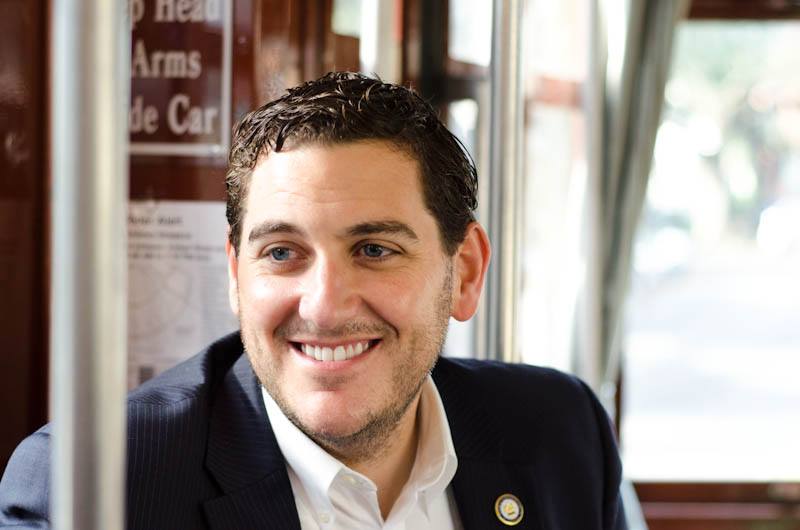 Ride joined Representative Leger aboard the streetcar and learned about how he’s leading the fight to connect the New Orleans and Baton Rouge super region with transit.  Leger pointed out that New Orleans and Baton Rouge represent Louisiana’s two major economies and explained “…we need higher quality transportation between the cities, and higher quality transportation at both ends.  We want people to have more options besides cars.”  Nearly half of Louisiana’s 4 million residents live in and between the two metropolitan areas and an strong transit link between them is vital for the state’s national and international competitiveness.

Fortunately for us, Leger is helping to bring this important project to life as a leader of the Intrastate Rail Compact – a new government body established to study, plan, finance, build and operate the new rail connection.  The Rail Compact was created in 2010 as a response to the Jindal Administration’s refusal to accept billions of dollars in federal funding to support the rail project.

By the end of our ride, Representative Leger mused about the possibility of high speed rail in the future which could connect Houston with New Orleans and Atlanta.  “If Baton Rouge and New Orleans are left out of such a project, then that would be a huge missed opportunity.”

The Representative hopped off the streetcar at Carondelet Street, just a short walk from the his office. Before he headed off, Leger shared that “historically, New Orleans has always been about moving goods” citing the city’s major port facilities.  “We have been great about the logistics.  What I want to see is our city become even better at moving people.”  We’ll cheers to that! 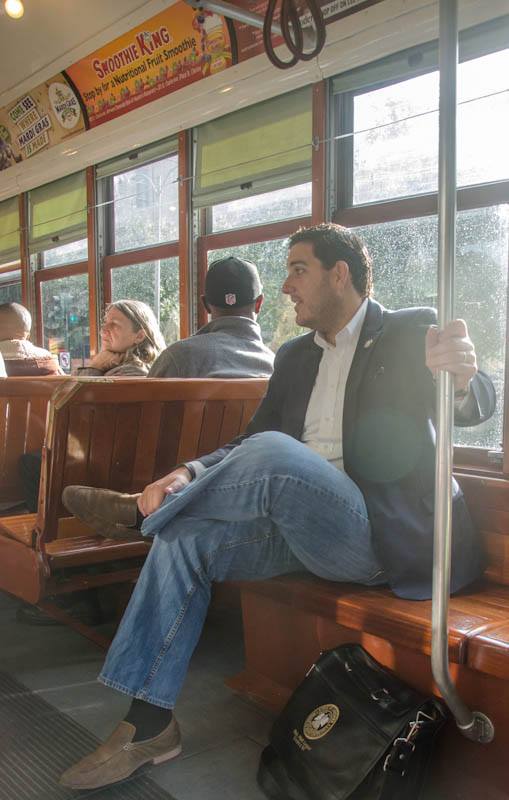