Carl Fernandes, the beloved Commander’s Palace Maitre d’ stepped onto the St. Charles streetcar on Wednesday for a Transit Week ride.  We were curious to get his take on the streetcars importance to the popular restaurant.

“I always tell tourists, it is the ultimate New Orleans experience,” he said.  Carl estimated that each night approximately 30% of his out of town customers arrive via the St Charles streetcar.  “If they call me to make a reservation, they often ask ‘is it safe?’ and I always tell them ‘absolutely, and Commander’s is only two blocks away.’”

During the ride, Carl admired the beautifully restored interior of the car.  It was a chilly morning in New Orleans, however, and since the historical nature of the St Charles line prevents the addition of climate control, Carl felt compelled to note that the cooler temperatures made the ride “a little uncomfortable.”  He added that “…it is very attractive, though, and very clean.”

The group disembarked at the Washington Avenue stop and had coffee together only a few blocks from his iconic restaurant.  Carl said he reminds his customers that not only is the St Charles streetcar a perfect way to get to Commander’s Palace, but, “after having a few 25 cent martinis, it’s a safe way to get you back, too!” 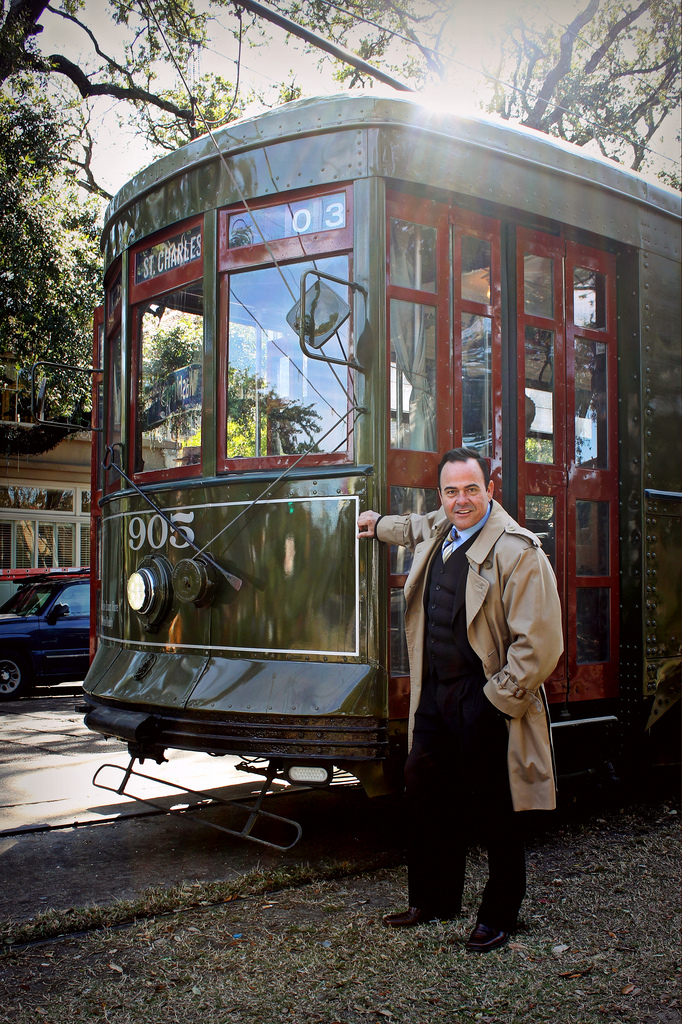