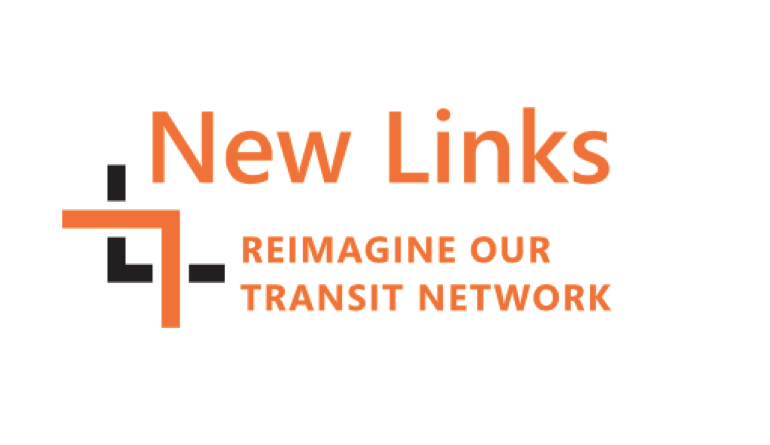 The next phase of the New Links regional transit network redesign process will start next month!

New Links could make real changes to where bus lines go and how often buses come.

It’s exciting because it’s the only comprehensive way to make sure the buses come on time, more frequently, and later in the evening than they do now. Even more important, it’s the best chance for a big jump on regional transit connections in the next few years.

New Links is the year-long study and public discussion that will finish with a proposal to change where New Orleans Regional Transit Authority (RTA) and Jefferson Transit (JeT) bus lines go to make them work better for transit riders. The proposal is led by the Regional Planning Commission in coordination with both RTA and JeT.

RIDE is very supportive of the process because we think there needs to be big changes to our regional transit system.

Why are changes needed? Right now, riders have to deal with a lot:

New Links is a way to make a bunch of changes that can help immediately and also plan for more specific service improvements in the next few years. New Links unfolds in three phases:

Over the next few months the New Links team will present three different concepts of what an updated regional transit network could look like and gather ideas and feedback. The concepts will not be full proposals, but more like snapshots of potential network changes to help guide the discussion and lead to the ultimate proposal.

Each concept will show where routes could go, with frequency levels and hours of service. With each concept the New Links team will show how the changes would affect access to jobs, access to frequent transit lines, and on-time performance. Riders will be able to see what might work well for them, and also what might not.

Those concepts will be based on public feedback from the first phase, recent travel data gathered by the RTA and JeT, and the RTA and Jefferson Transit strategic visions releases over the last few years.

The concepts are still being developed, but New Links planners have already established the parameters of each concept:

The New Links team will start a concentrated period of outreach likely in February and March. There will be a series of New Links open houses in neighborhoods throughout New Orleans and Jefferson parishes and at least three “pop ups” a week at busy transfer points, where New Links team members will set up tables to directly speak with transit riders.

The New Links team will also be stopping by regular meetings of neighborhood organizations and other membership groups to briefly present the concepts and gather feedback. If you are part of a group with a scheduled meeting and would like to invite a New Links team member to present, please let us know so we can pass that information along!

After this outreach, the New Links team will incorporate public feedback into a final proposal for a redesigned transit network. At that point, it will be up to each transit agency’s respective leadership to implement or edit the proposal. That discussion is expected to take place in the summer of 2020, into fall 2020. The likely earliest point that any changes could be formally implemented would be January 2021.

We’ll keep you posted on progress as we move into January. If you’d like to receive more regular updates, sign up for our New Links newsletter!